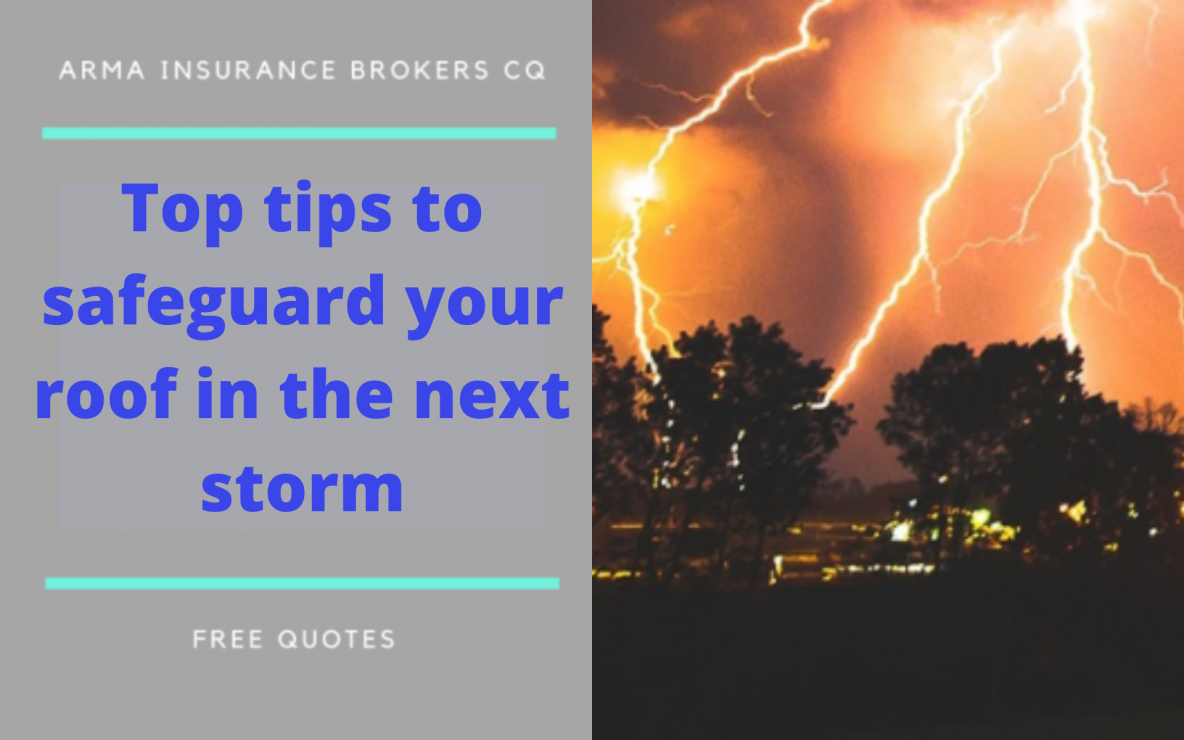 Roofs are the subject of a huge number of business insurance claims, especially after big storms.

Many Australian businesses have been devastated by storms so far in 2021, with Queensland hit by violent storms in March including central Queensland with major hail storms in September, the Insurance Council of Australia estimates damage from these types of storms to the eastern seaboard alone totaled $ 254.2 million.

Roofs typically suffer huge amounts of damage during these events and some roofs won’t ever survive storms like a cyclone. But there are certain steps you can take to mitigate the risk of potential damage to your business’ roof next time there’s a major storm or rain event, explains ARMA Insurance Brokers CQ Director Tony Noyes.

Many roofs were made of asbestos in the past. But given this deadly material has not been used in construction for many years, roofs made from this once-ubiquitous product are now brittle and at risk of serious damage if they are hit by a storm.

“Some insurers will automatically decline to insure commercial buildings constructed from asbestos because the material has become so fragile. Hailstorms and strong winds can easily cause damage to asbestos roofs. If the roof is made from metal and a storm damages a panel, it’s relatively easy to replace it. But you can’t do that with asbestos, which means the whole roof has to be replaced,” says Noyes.

“For a commercial building, it could cost you more than $100,000 to replace the roof, which is one reason insurers balk at providing cover. Even if they can provide cover, policyholders will typically have to pay a very large excess if an asbestos roof is damaged and the subject of a claim,” he says.

There are other steps to take to secure your business’ roof and reduce the risk of damage in the next storm.

Regularly inspect the roof to check no tiles are loose or, if the roof is metal, there is no rust or holes. Repair any damage that’s discovered. It’s important to engage roofing specialists to do this rather than check the roof yourself to avoid the risk of accident or injury.

“There’s also a high risk of water ingress when the roof is damaged, another reason why roofs require regular maintenance. It’s advisable to check the roof once a year,” says Noyes.

What to do at claim time

If it’s damaged and you need to claim against your insurance, the first step is to secure the roof. Make sure you contact ARMA Insurance Brokers CQ as soon as possible after the damage is done, who can liaise with the insurer and help ensure the roof is secured as fast as possible.

“Insurers’ service providers have access to sophisticated technology – much better than the tarps of the past – to stop rain from entering your premises after the roof is damaged,” Noyes advises.

Now’s the time to book in a roof inspection and make any repairs or replacements required. That’s the best way to reduce the risk of damage to your business next time a storm comes through that has the potential to do serious damage to your office, factory or other commercial premises.

Important note: this general information is provided to assist you in understanding some of the terms, implications and common considerations in roof insurance. It does not take into account your specific objectives, financial situation or needs. It is also not financial advice, nor complete, so please discuss the full details with ARMA Insurance Brokers CQ as to whether this type of insurance is appropriate for you. Roof insurance usually has a deductible/ excess, exclusions and limits of liability. Policies differ between insurers.