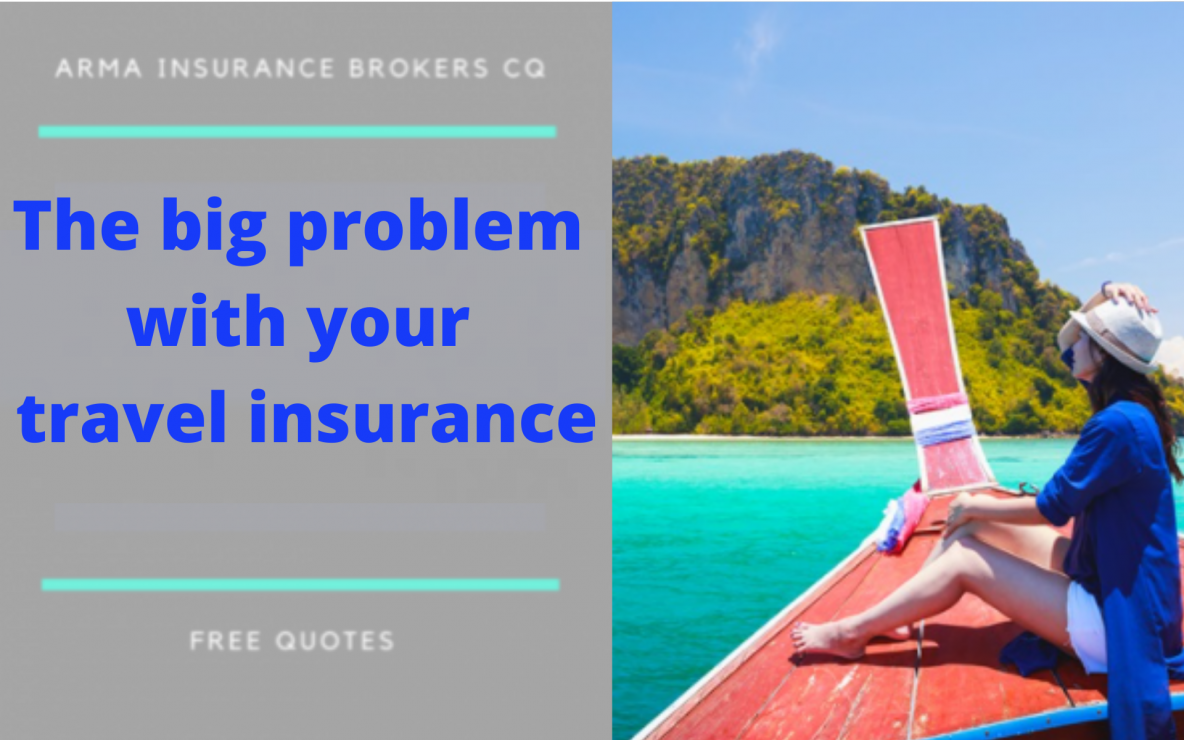 Most people think buying travel insurance is a bit of a last minute, no-brainer that can be purchased via the first option that pops up on Google. Unfortunately, when claim time comes around things can start to unravel dramatically.

Travel insurance is one of those products that most people think they can take a DIY approach on.

However, 1 in 4 Aussie travellers experience a loss during an overseas trip that should be covered by a policy – yet only half of those successfully make a claim.

When you consider that the average claim paid out by an insurer is $455, travellers are doing themselves a huge disservice by taking an ad-hoc approach.

Below are the four main pitfalls travellers run into.

Due to the carefree nature people tend to adopt on holidays, many travellers don’t consider that the risky activity they’re participating in could void their insurance policy.

More than 80 per cent of people aged under 30 participate in risky behaviour when visiting South East Asia, compared to 70 per cent of 30-49 year olds, and 40 per cent of over 50s.

For example, 25 per cent of travellers participated in water sports, yet more than half did not know for certain whether they could be were covered.

Similar figures were seen for people who rode a moped or a scooter.

This was the case for a 36-year-old Australian man involved in a serious scooter crash in Thailand.

ABC reported that his medical treatment was not covered under his travel insurance because he didn’t have an Australian motorbike licence.

The family had to urgently set up A GoFundMe page to raise $93,000 to cover the cost of his medical bills and his medically-assisted flight back to Perth.

Sadly, the man died in a Perth hospital 13 days after the crash.

Failing to declare a pre-existing medical condition to insurers is unfortunately a very common occurrence.

In fact, between 16 per cent and 19 per cent of travellers either fail to declare their medical issue, or don’t bother checking to see if their travel insurance could  cover it.

Those who are least likely to check include female travellers (24 per cent) and those aged 30-49 (30 per cent).

This is exactly what happened to one young woman living in Bali who failed to disclose to her insurer that she overcame melanoma in her 20s.

When it was discovered years later she had brain tumours, her insurer declined to cover the cost of her expensive medical bills and her urgent return home, deeming her current diagnosis a pre-existing condition.

“While it might seem like a good idea to take out the cheapest option to cover the bare basics, that money you think you’re saving could cost you a lot more in the long run if you face a medical emergency or serious theft”

More than two-thirds of overseas Aussies travellers expose themselves to the risk of underinsurance.

The main product disclosure statement (PDS) features travellers don’t bother to consider, or think they don’t have time to read, include exclusions (69 per cent), the amount of excess to be paid (64 per cent) and the terms and conditions (60 per cent).

Additionally, two in three travellers don’t bother to research their chosen insurer’s reputation, which can make a difference when it comes to claims being either accepted or denied.

It’s critical that you consider  cover for the appropriate level of risk that you could  be exposed to.

While it might seem like a good idea to take out the cheapest option to cover the bare basics, that money you think you’re saving could cost you a lot more in the long run if you face a medical emergency or serious theft.

Many people think their insurance broker is best suited to mitigating risks around their work needs, not leisure wants.

But the two go hand in hand.

That’s because purchasing the wrong type of travel insurance policy doesn’t just have the potential to ruin your overseas trip, it can also cripple your business or career.

It’s very rare that an individual would have those kinds of funds available at short notice.

That’s why it’s critical to team up with ARMA Insurance Brokers CQ when it comes to selecting an appropriate Corporate Travel Insurance policy for you and your colleagues if you are headed overseas for work.

And if you’re just heading overseas for a bit of well-deserved time off, ARMA Insurance Brokers CQ offer discounted travel insurance options with reputable insurers that you can arrange with the insurer online.

Information is current as at the date the article is written as specified within it but is subject to change. ARMA Insurance Brokers CQ make no representation as to the accuracy or completeness of the information. Various third parties have contributed to the production of this content.