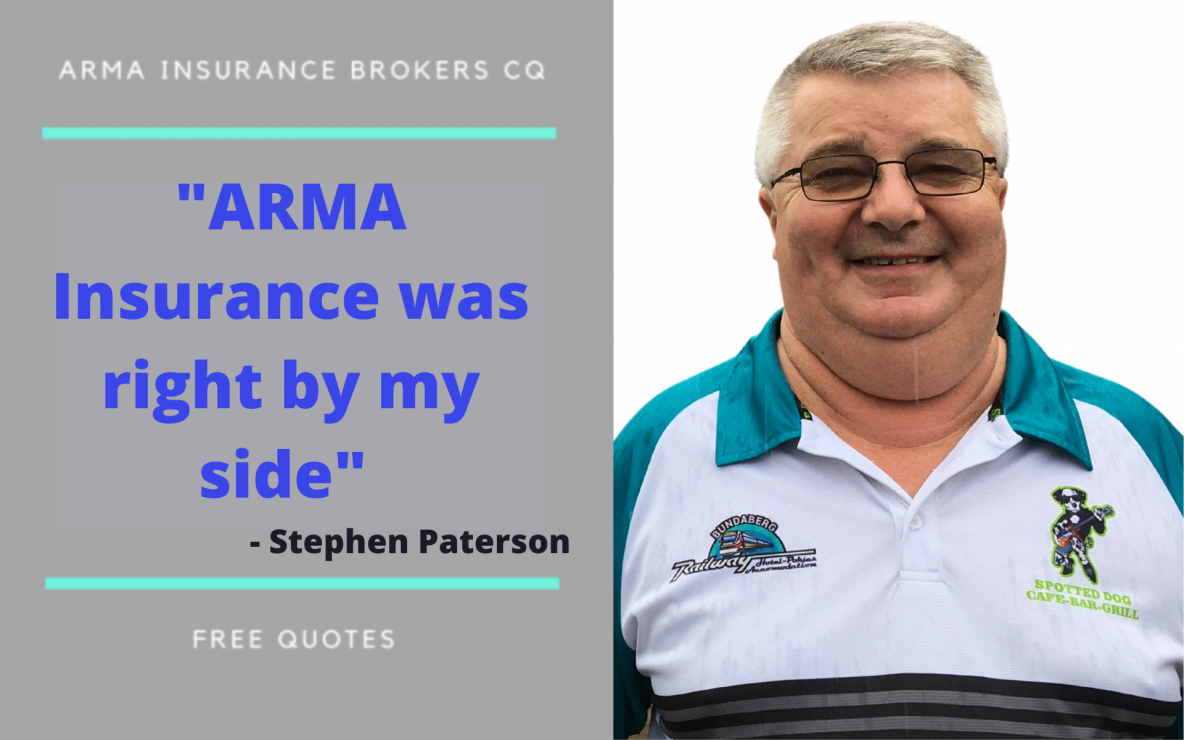 At 11pm on a Monday night, Stephen Paterson received a phone call alerting him his beloved hotel, the Spotted Dog Tavern in Bundaberg, was burning down.  By 9am the next day the tavern, which he had built from scratch, was just a smouldering wreck.

“At the time I was in Brisbane and it knocked me around a fair bit when I first got back in town at 3am,” Stephen said.

“I just slumped to the ground when I arrived. The Tavern was my livelihood. I built it from a derelict hotel and turned it into a beautiful tavern which had become very popular with the locals but now it was gone.”

Stephen was devastated saying the night was a “complete blur” however, one thing he does remember is Tony Noyes, Principal of ARMA Insurance Brokers CQ, being there to assist him at 7am the next morning.

“He was right by my side and was there for me,” he said.

“At the time it was very scary with my livelihood gone.  But Tony reassured me everything would be okay, and he organised the insurance investigators, all the paperwork, and over the next two months he worked with me through it all.”

Stephen now owns the Railway Hotel in Bundaberg, just 1500 metres down the road from where the Spotted Dog Tavern previously stood.

“Tony got us through an extremely difficult time and even assisted with the purchase of the new hotel.  In the end it was a fantastic outcome and I believe if it weren’t for his assistance, I would not know where I would be today.”