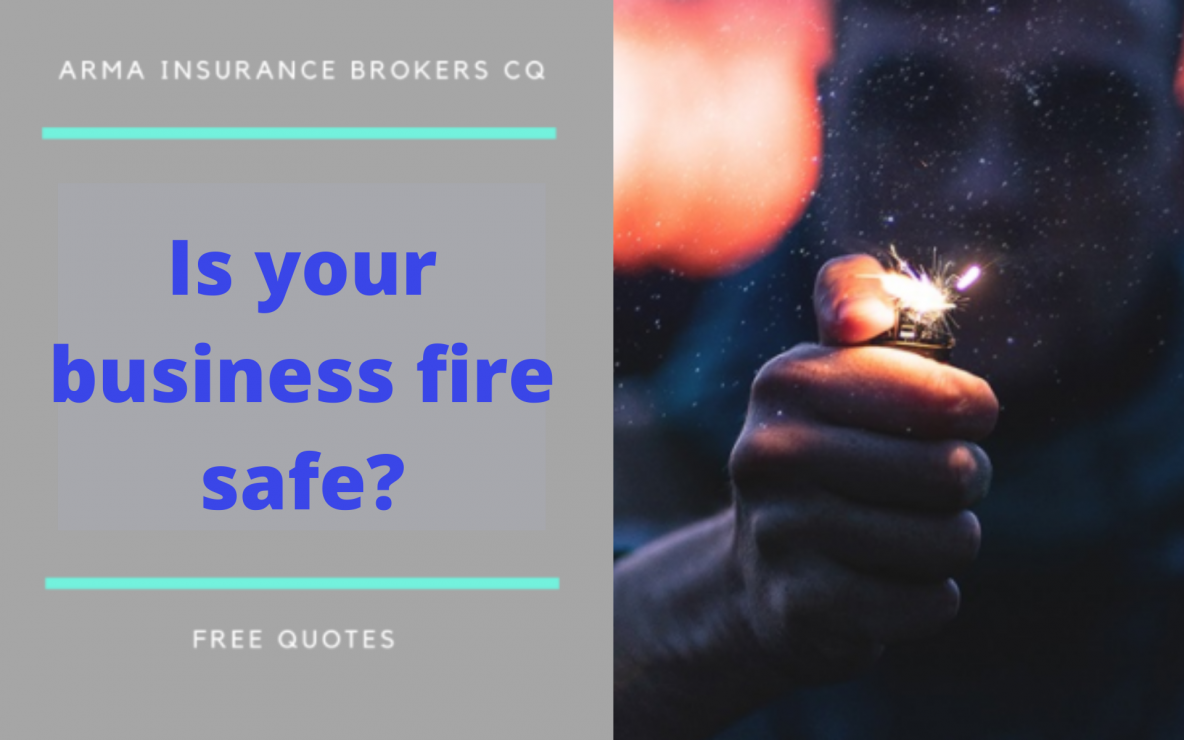 With the bushfire season just around the corner, the risk is only one of a host of different sources of fire. Arson is often the cause of fire and poor maintenance standards are another serious fire risk for businesses.

For instance, damaged or old electrical cabling is all too often the cause of a fire, especially in older buildings.  Another problem, says ARMA Insurance Brokers CQ Director Tony Noyes, is incorrect storage of flammable materials.

“Too often, fires are caused when flammable materials are not safely stored, or they are stored with non-flammable materials. Expanded polystyrene or EPS is an especially serious fire risk,” he explains, adding “that’s a very common issue that comes up in commercial buildings, particularly in food processing industries.”

These panels are commonly used in areas that are refrigerated such as cool rooms. While refrigerators are not typically flammable, if a fire does occur in a cool room, EPS panels help the fire to spread. And they are very hard to extinguish once they are alight.

“Insurance policies respond in different ways when a fire occurs”

Poorly maintained fire protection systems are also often found to be the cause of a fire. This was the case in Melbourne’s Neo200 building. The building experienced a significant fire in February 2019 that was started by a smouldering cigarette.

Subsequently, many issues have been uncovered in its fire protection system. A report has found fire alarms did not work, and there were not enough fire-rated doors. Additionally, a flat battery was found inside the building’s fire indicator panel.

Worse, the owner’s corporation had spent $30,000 a year on fire reports and issues related to the building’s fire safety had been raised and ignored at council level. After the fire, the residents had to be evacuated for 11 days. While the building did have a small amount of combustible cladding, this was not involved in the fire, which damaged six units.

“There must be documented procedures and systems in place for managing the fire protection system,” he adds.

Insurance policies respond in different ways when a fire occurs. If the fire is a result of arson and the building owner is found to have started the fire, the policy usually won’t pay out. But if arson is the result of a third party the policy is likely to respond.

It’s also important to understand whether the sum insured under the policy is adequate. In the event of a fire, policies typically cover reinstatement or replacement, but they won’t cover the building’s entire value.

“Inadequate insurance cover is often a problem in the event of fire damage,” Tony explains. It’s also important to have the right level of business interruption cover so that if there is a fire, the risk of the business failing because it can’t operate is reduced.

To help ensure the claims process is as smooth as possible, ensure records of the fire protection system are properly maintained because insurers will require evidence of this.

“The more information you can present at an earlier stage, the better off you will be. Polices can also cover claims’ preparation, which is the cost of retaining an expert to prepare the claim. It’s important to make use of this feature to give you the best chance of the claim being paid,” he adds.

Important note – the information provided here is general advice only and has been prepared without taking in account your objectives, financial situation or needs. ARMA Insurance Brokers CQ CAR 316381 | ABN 43 126 420 255