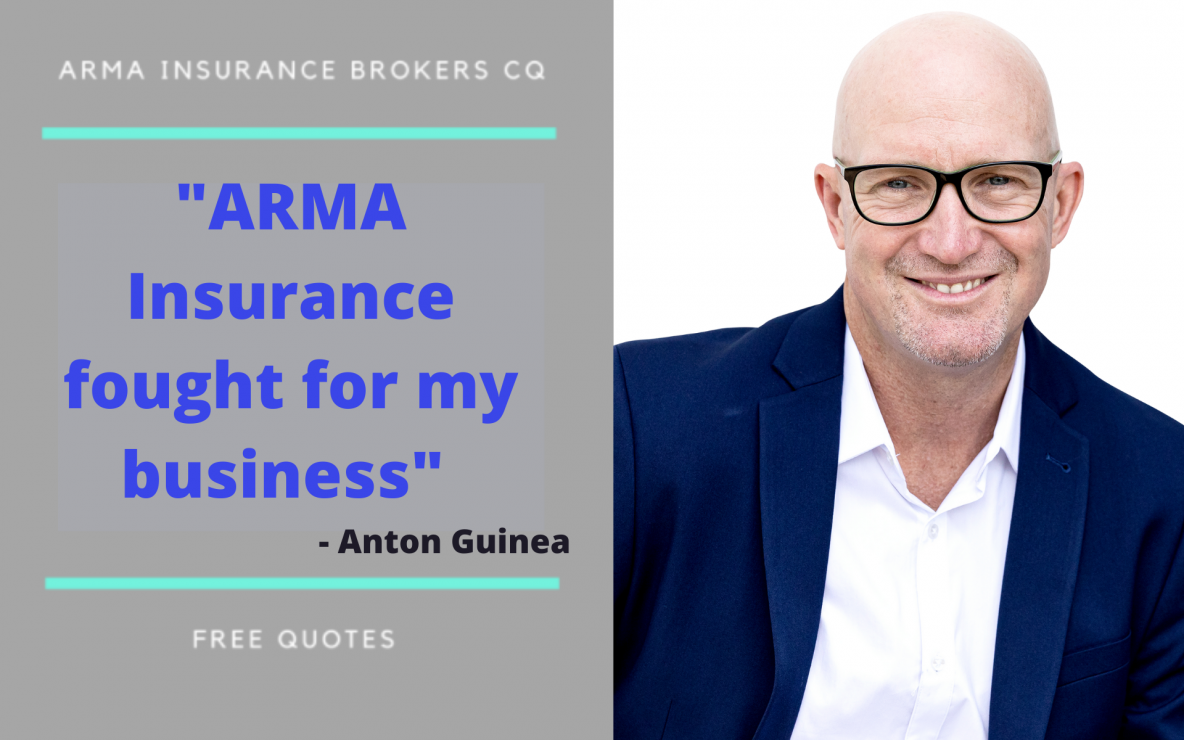 A couple of years ago, The Guinea Group, a leadership and safety services consultancy, was caught-up in an insurance claim that could have had significant ramifications for the local Central Queensland business.

“As consultants, The Guinea Group was dragged into a challenge with one of our clients who ended up in an insurance claim and because we consulted to them unfortunately so did we,” The Guinea Group director Anton Guinea said.

“The costs of the claim were significant, and it was a real challenge to understand how we were going to move forward.”

Anton said thankfully it was only a few years earlier the Guinea Group engaged Tony Noyes and his team at ARMA Insurance Brokers CQ to look after his business insurance needs.

“At the time, we were transitioning the business and we realised how much we were paying in insurance which is when I met Tony and he was good enough to review our insurance and come up with not only a vastly reduced insurance premium, but to also give us a much better service.

“And thank God we did because when the insurance claim hit us Tony and his team were there and they invested so much of their time on our behalf where they gave us guidance, support, and understanding of what the process was going to look and feel like.